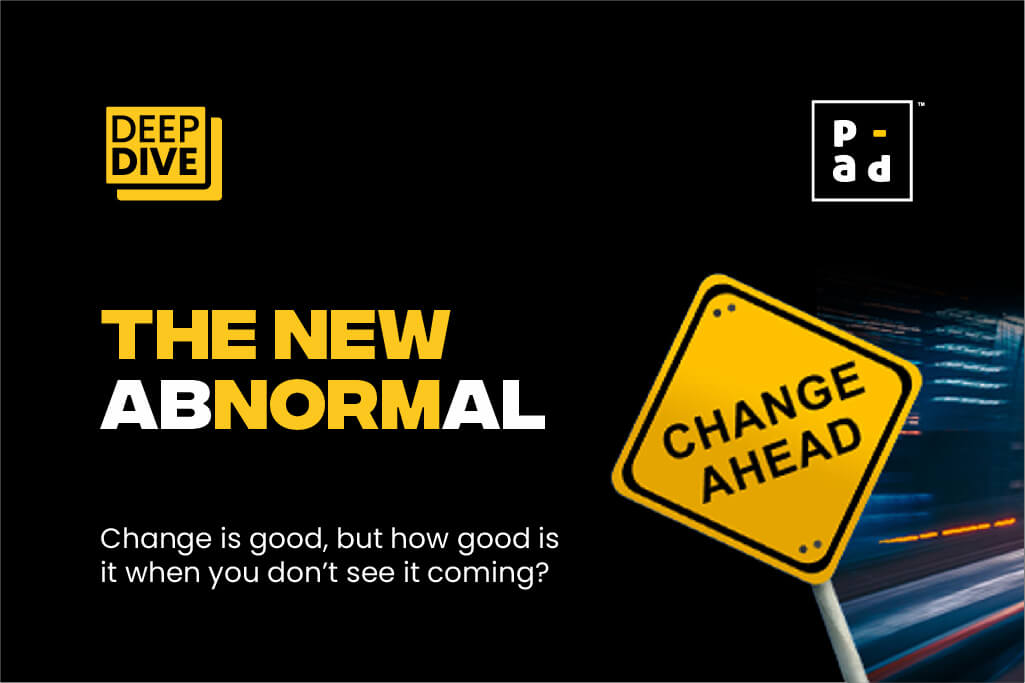 It is going to be ‘okay’, if not better

There is a dark question that sums up the current situation of the world, ‘if the world is going to hell in a bus then who would be the one driving it?’. And in this situation, considering ‘going to hell’ is inevitable, everyone in the bus will put their minds & hearts to figure out how to strategically slow it down. And the slowing down began when the healthcare took the driver’s role. People in the bus provided enough motivation & businesses, irrespective of scale, provided the necessary fuel & infrastructure. With the government playing the role of navigator, we all said, ‘Lets slow it down’ with hope in our hearts by calling it as the ‘new normal’.  The result of all the efforts is summed up as the title of this blog.

It may be the new normal for consumers, but it is the new abnormal for businesses

Is the estimated everyday economic loss during the first lockdown in India and that is neither normal nor new normal.

It could have been a ‘new normal’ if the COVID could have been prevented with just a mask. Sadly, that is not the case here. Till the time a vaccine is made available for everyone & penetrates 100% of the population, nothing should be considered as ‘new normal’. Businesses shutting down, loss of jobs, loss of trust, and other negative impacts cannot be considered as the ‘new normal’ whatsoever. Recovering from these mammoths of different losses equaling of the GDP’s of many small countries, cannot be considered as a part of ‘new normal’ phase. The economic backbone of any country rests firmly on small & medium enterprises. And small & medium enterprises’ business models not necessarily generate huge reserves to save up for the rainy days to bear the losses as such caused by the recession.

Let us start by acknowledging the ‘unlockdowns’

Since summer there came a series of ‘unlockdowns’ to help the businesses restart. But the damage was already done & the ‘domino effect’ was already at its peak. Businesses need willing-to-buy customers, customers need money to purchase, money comes from the jobs & jobs are facilitated by businesses. Say hello to the vicious cycle. Whether it is admittable or not, recovering with the existing business growth projections and even if they are on a path to recovery, it will take years for small & medium enterprises to reach just the ‘new normal’. Which begs the question, what exactly is the ‘new normal’? Not acknowledging the fall of businesses at the cost of simply giving hope to accept and move on?

Our country was already on the trajectory of digital-first since 5 years & COVID, if not completely, has accelerated the adoption of digital technologies by the businesses of all scales. From a simple kirana store at a corner who started requesting the customers to use WhatsApp for ordering to conglomerates which have implemented stacks of digital solutions across the value chains. This ‘integrated approach’ is only going to evolve as the comfort of using digital modes of transactions is only going to solidify even more.

Data from the apex Reserve Bank of India (RBI) show that India is now clocking around 100 million digital transactions a day with a volume of 5 trillion rupees ($67 billion), about a five-times jump from 2016. RBI expects this to further grow five-fold to 1.5 billion transactions a day worth 15 trillion rupees ($200 billion). Much of this is powered by the United Payment

Interface (UPI), a real-time payment system developed by the National Payments Corporation of India and monitored by RBI.

The distance from the businesses has brought people closer to brands, socially

While the healthcare sector was preparing to tackle the COVID-19, the entire social media sector, with their work from home initiatives in place, was locked & ready with content to educate people about the precautions, through social media. Kudos to all the brands which went beyond their comfort zone and ensured that efficient social conversations were leading to actions ranging from social distancing to mental health to busting fake news across the country. This sector moved fast to understand their role & implemented clear strategies for everyday execution. Especially for all the brands which did not try cause marketing before. The appeal to the human side of all the social media marketing efforts have seen beautiful campaigns which have only brough people closer.

The role of hyper-globalization is as critical as a human heart now, but…

With globalization at its peak during the pre-covid era, businesses functioned on a complex mesh of supply chain to ensure the delivery of what is promised to their customers. Both domestic & international. If economy is a bicycle, then globalization is the pedal & supply chain is literally, the chain. If any of these are hurt, then you would have to push the bicycle instead of riding it. On September 30th, The Economist published a report in which a term called ‘Slowbalisation’ to explain a phenomenon that led to reduced co-operation between countries post 2008 financial crisis. And there was a change in political affirmation which led to electing a lot of populous leaders who based their election campaigns on a nationalist agenda. This catapulted the ‘Slowbalisation’ to exponential distances. This is a debatable topic with pros and cons on both for and against it. But if you look at this through the lens of human values of life then you would want everyone to work together to make life better for each other.