Celeb brand value in the age of public media trial – undiminished or fragile? 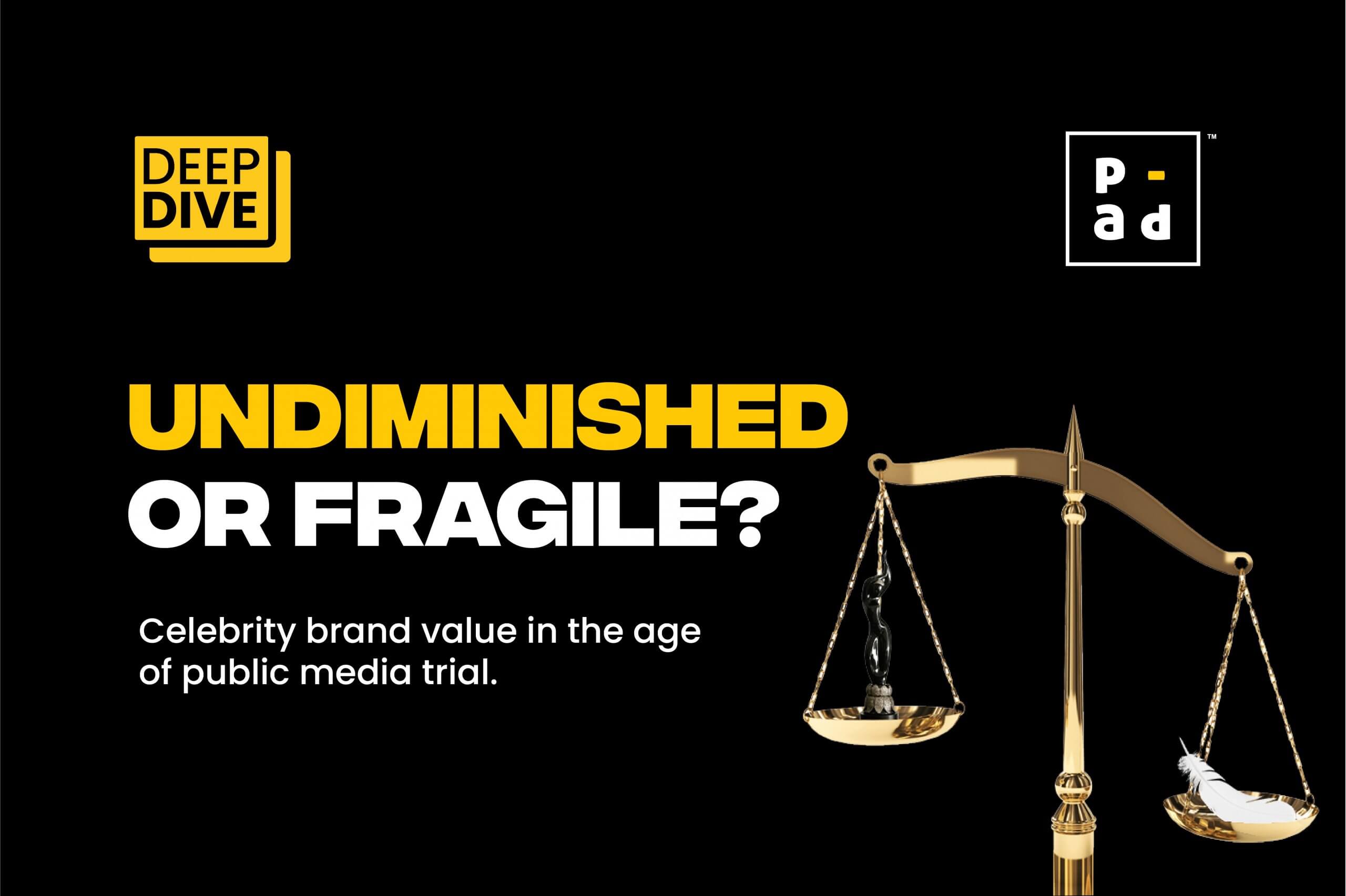 In the fifth edition of Duff and Phelps’ prestigious Celebrity Brand Valuation Report on February 5 2020, Alia Bhatt ranked 7th most valuable on the list with her current brand value at $45.8 million, beating the likes of M.S. Dhoni and Amitabh Bachchan. Cut to August 2020, and she was easily one of the most loathed brands, to everyone’s shock.

A lot has changed from February to October 2020, notwithstanding the dreaded virus. Bollywood celebrities have been under the scanner since Sushant Singh Rajput’s alleged suicide that acted as fuel to the raging fire that the public has been spitting against nepotism for a while now. Overnight, formidable celebrity brands like Aalia Bhatt, Karan Johar, Sonam Kapoor lost over 7 lakh followers on Instagram. What we weren’t sure of was whether their work too will suffer like their personal handles. Shortly after that, Sadak 2 was released and the trailer itself went on to become the most disliked trailer in the history of YouTube. The dislike button has easily become one of the strongest arms in the toolhouse of netizens.

While this controversy was nowhere close to dying down, the storm took the ‘invincibles’ down. Deepika Padukone and Shraddha Kapoor who have had a pristine white imagery in the years leading up to their stardom got pinned down for alleged links with drugs. Although they came out with a clean chit, the media focus on celebrities was immense and the social media citizens had already started organizing their armoury. The meme attacks and uncalled for comments on pictures had already begun, even before any official proof of their drug links could be established.

Social media has given stars the power to garner love and admiration beyond what was even possible earlier. But the flip side to this is that this has rendered celebrities destructible at the hands of the same audience that loves them.

Right after the NCB summoned the A-listers, Indian Institute of Human Brands (IIHB) reached out to 487 respondents across India to understand the consumer sentiment across different age cohorts. While most of the respondents conferred that they’ve always believed that Bollywood celebrities are into some kind of substance consumption, their exposure is a problem. The revelation is disturbing but not surprising at all, because of the popular perception of the industry. 82% respondents in the 18-30 age group asserted that they find the celebs who’ve come under the scanner for drug usage “untrustworthy”. An even greater percentage (88%) felt that the tainted celebrity image will lead to the dilution of imagery of the brands that are associated with such celebrities. More than dislike, people would disrespect such brands and may not trust them the same way.

How will brands be impacted?

As celebrity brands fluctuate, the backlash of association with a star attracting negativity could sabotage the brand’s image too in the short term.

The PhonePe ad wherein Aalia Bhatt was roped in alongside Aamir Khan, attracted vast amounts of trolling and boo-ing for her mere presence in the commercial. The hate was so gravitational that consumers even urged people to boycott the brand itself for their association with her.

However, it is also important to note that these sentiments come in waves. Amidst the hate-attack, she bagged a brand ambassadorship for JSW Paints with Ayushmann Khurana, who offsets the hate, sharing the burden by being the poster boy of “outsiders”.

Ayushman also works as a safe ambassador because, given the diversity of opinions in the country,

it’s a wise call to get someone on board who gets through to everyone. Polarity scares brands. However, there cannot be a formula. Case in point being the brands that Kangana is associated with. At the other end of this spectrum is Kangana, bold and sassy who is mostly at loggerheads with everyone in the industry.

She has been the face for Liva, a fashion brand from the house of Birla. Liva has had a massive upvoting by its existing consumers and has even gained more following owing to Kangana’s audacity.

For years together, Bollywood stars have always been on a pedestal, glittery, shiny and out of reach. The need to hold them accountable for their actions has never been more pronounced because of the access people have to them through social media. It has enabled the “keyboard warriors” to call them out, talk down to them, a power that was hitherto unknown to commoners.

It’s clear that Indian celebrities are no more indestructible. While this could well be a wave and it will die its own natural death, it’s going to compel public figures to monitor their conduct and act.

Brands that derive their pride from association with celebrity brand endorsements, will want to foolproof their choice. Ways will have to be devised to boost the brand’s immunity against the dimming of the celebrity’s personal spotlight. Full disclosure of seemingly unimportant facets of the celebrity’s life will be mandated by brands i.e. substance consumption, any petty criminal charges will also assume importance.

Love for movies or movie stars will never get out of fashion in India. Indians have a supernatural capacity to allow Bollywood celebrities with all their flaws, inherited or constructed, into their hearts. However, the balance of power has tilted ever so slightly in favour of the audience.

Brands will have to be watchful of their celebrity endorsement deals, making them as ‘fluctuation-proof’ as possible.