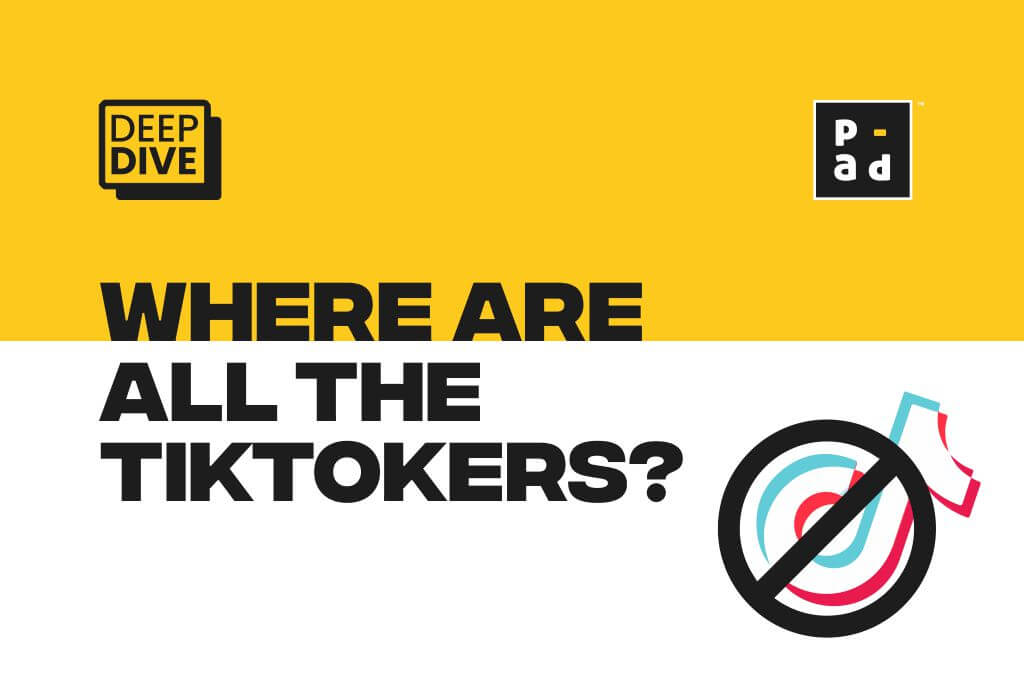 If TikTok were a person, its story would make for a great biography on the celluloid. Its product life cycle has had more twists and turns than the life of protagonist bahu on any K-serial. Starting with Musical.ly, the short-form content sensation rechristened itself as TikTok. The platform had its share of dips and then shot to its personal pinnacle of popularity around 2019. It threw over Facebook as the most downloaded app, and the lockdown right before its untimely demise came as its biggest blessing.

TikTok downloads in India escalated by 20 percent as compared to January stats. Overall, more than 49 million downloads were reported on the App Store and Google Play Store altogether. Why the lockdown-spike? What was this new audience that set out to explore TikTok and did they do it out of boredom? A lot of people who felt that the platform was not for “the likes of them” experimented with it during the lockdown. A lot of people who felt that TikTok, it’s content and it’s content creators were a notch beneath them, started to give it a shot, even if not as active creators but as passive bystanders enjoying the content library.

Even without the naysayers joining the platform, content on TikTok took the country by the storm because nobody made a platform so accessible and approachable for the grassroots. A pretense free, non-judgmental stage for people to be who they are, do what they want, and still have millions of people following them, loving them, and boosting their sense of self. Apart from the confidence lift, it also has been a huge financial impetus. For some, directly, being paid for views and for some indirectly with their small and mid-sized businesses getting due exposure through the platform.

All of this came to a screeching halt with the govt. banning 59 Chinese apps on account of malicious data leak suspicion, and TikTok banned as a result. It rendered millions with shaken identity, loss of livelihoods, and perhaps they’re only chance to express who they really are.

The burning question thus is, what happens to the content creators?

Very recently Carryminati, a wildly popular YouTube influencer was in the news for roasting TikTok content and their creators, mocking them for their styles, their mannerism and so much more. This brings to light a very ugly truth about the world of digital content creators, the conscious platform bias, or the classism on social media platforms. The very essence of social media as a concept is free speech and complete democracy. Instagram is a game of the wittiest, the most heart-wrenching or the most articulate captions and the ones who do it best, shine on. YouTube and TikTok on the other hand are video intensive platforms that have cut across the literacy or the language fluency barrier.

With TikTok banned, a lot of them are moving their content onto Instagram. But ironically, Instagram heaved a collective sigh of relief and joined in chorus to scream good riddance on the top of their lungs. The Tiktokers thus taking refuge on Instagram thinking that content is borderless and rightfully so, are in the middle of a sticky spot. I carefully call it a ‘transit’ and not their ultimate destination, because the mental barriers will make it very difficult for them to stay and find the appreciation and following, they seek.

The context is overplayed against the birth of reels on Instagram itself, amongst many other platforms waiting to fill the void left by TikTok. Reels are being leveraged by the “native” Instagram community while for TikTok-ers, content migration alone will not be enough. In fact, for many of them, it was their first time expressing themselves, let alone on social media. They will eventually have to learn the tropes of the platform to survive. Unfortunately, they might even have to lose some of their authenticity to tailor their content for the audience because “when on Instagram, do as the Instagrammers do.”

This presents us with a situation where we are forced to question if social media is not as democratic as we think. Typically, a content creator is a content creator. Not a TikToker, YouTuber, or Instagrammer. Of course, the format they are most comfortable with makes them form a niche on a platform. A platform is nothing but the content on it and the class or intellectual perceptions surrounding it should not restrict anybody from exploring and experimenting.

It would be interesting to see if the influencers on other platforms guide the TikTokers into a smooth transitioning, helping them be their own selves without trying to fit in or simply give them a little push, a shoutout every now and then.

Half of TikTok creators have moved to Indian apps like Mitron which has been downloaded by 17 million users in India post the ban, along with Roposo, Sharechat, and Chingari. Although the engagement rate will take time to catch up with TikTok, it is still a start.

Whether the migration is happening to homegrown apps because they allow content to be uploaded in regional languages or they make the creator community feel more at ease and less judged is something we will come to know over time. But if they find comfort in regional and rustic apps because of the latter reason, then as digital natives it is our responsibility that we change that. One, make them feel welcome and unabashed on the platforms they feel are “unapproachable” and two, embrace the seemingly “regional” platforms with equal gusto.