Branding in the face of a pandemic 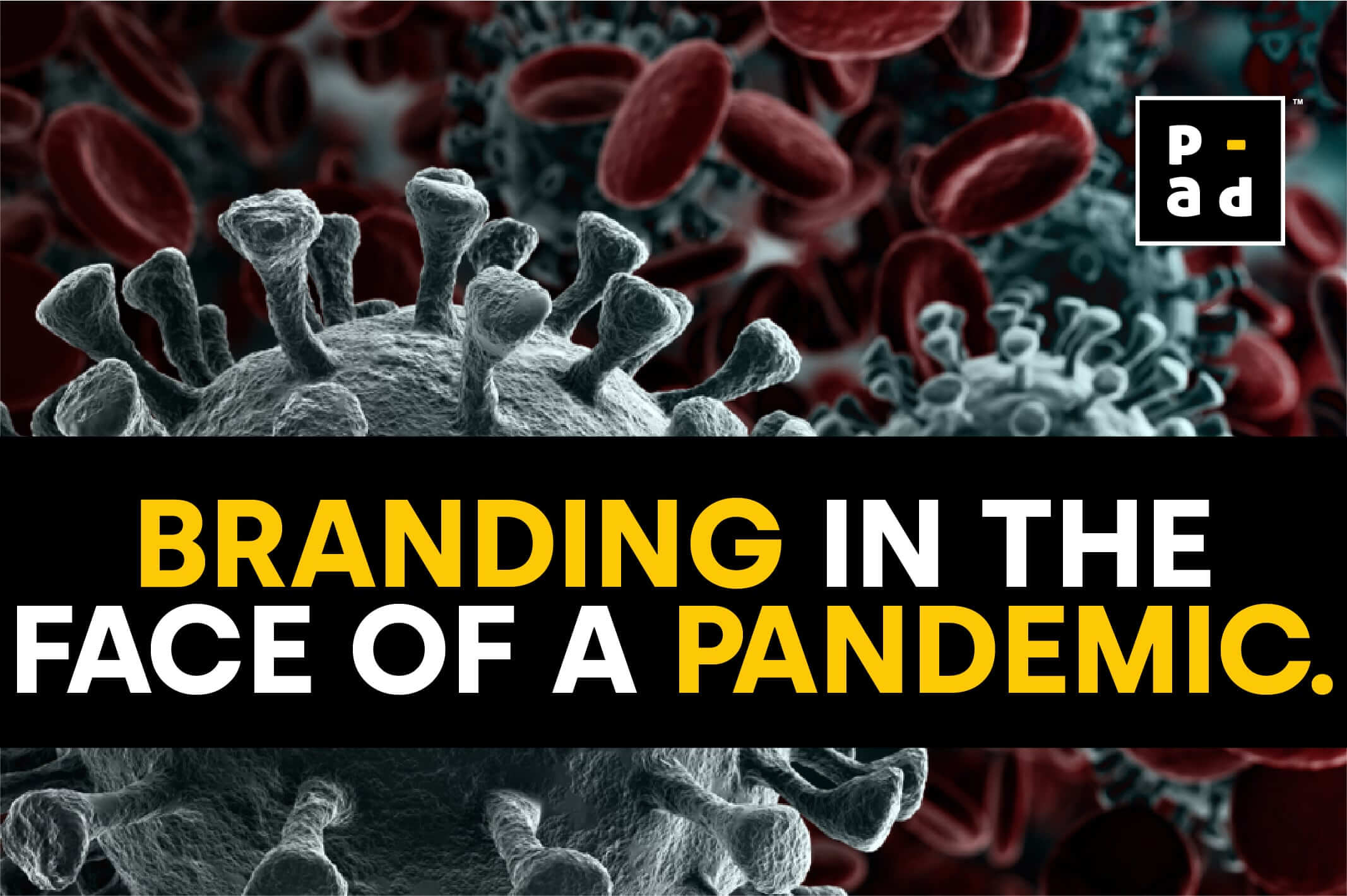 The times we are crusading through, currently as a species, are going to be etched forever in the memories of those alive to witness it. No amount of forecasting, annual plans or projections, no matter how conservative, no one could have anticipated a pandemic of this scale to create a global financial and socio-economic upheaval.

The current marketing ecosystem is such that it mandates the brands to stay agile and active. It has conditioned brands into thinking, whether good or bad, right or wrong, it is important to have a share of voice. In the times of marketing gaining almost an unprecedented mileage as a crucial way of staying relevant in the minds of the consumer, it is easy to get carried away. But reacting to COVID-19 like a fluid moment might be deemed as opportunistic and insensitive. In fact, it is perhaps not the time to have a share of voice but a share of deed rather.

It is undoubtedly a frustrating time for marketers. There are two crucial reasons for it;

Pushing your product by capitalizing the public angst can backfire and make the brand come across as opportunistic and vile. Two of the biggest sanitation brands in India tried to push their product in their own way and landed in trouble, not just in terms of public ridicule but legal as well. Handwashing has never been more important as a narrative in the market. Brands don’t have to push the habit, there are takers already. Lifebuoy tried to push its product under the guise of a PSA while Dettol openly dismissed its competitors’ ability to be as effective as them.

What you say as a brand in times like this has to pass through thrice as many filters as it would otherwise in any other situation. Firstly, the audience’s sensitivity is heightened and secondly, the predominant emotion is fear and under any circumstance, if the brand is not doing anything to soothe the fear it could be unethical to tap on fear itself.

For a lot of brands, the drill wasn’t about saying or doing something at the right time, but instead, it was about NOT doing anything at this particular juncture. Not adding to the already existing pile of anxiety on the consumers, brands are being extremely cautious and rightly so.

Hershey’s had a huge campaign on-air with local celebrities and influencers distributing candy bars to people on the streets along with hugs and handshakes. They immediately pulled the plug on the TVC because the current scenario is sensitive to any sort of avoidable physical contact. The brand has replaced its original ad and running spots that only have the product.

In the same breath, Axe shelved the first spot of its campaign “Don’t Overthink It” because it was thought to be insensitive given the current condition. The plot revolves around a man who is a part of the audience in the basketball arena and he is afraid that his underarm stench will drive people away if he throws his arms up to cheer. With the premise being basketball, it aired its first spot 2 days before the NBA canceled all its tournaments on account of players testing positive for COVID-19. They canceled all subsequent spots in solidarity.

Silent and cause-driven warriorship have already been displayed by brands. Xiaomi India announced that it is working with the government authorities and donated N95 masks in Karnataka, Delhi, Punjab and several government hospitals in the country.

Anheuser-Busch Companies, more popularly known as Budweiser’s parent company, has ventured into the production of sanitizers with the distribution being spearheaded by non-profit partners of the firm.

This period is eventually going to be a case study in brand response because a global crisis of this nature hasn’t been witnessed in the last few decades. As a result, it is difficult to predict and ascertain how a brand should communicate with its audience. Moral compass, gut, and good conscience will rule and rightly so, because this war has both the brand and consumer fighting on the same side.