Overkill of Cause Marketing 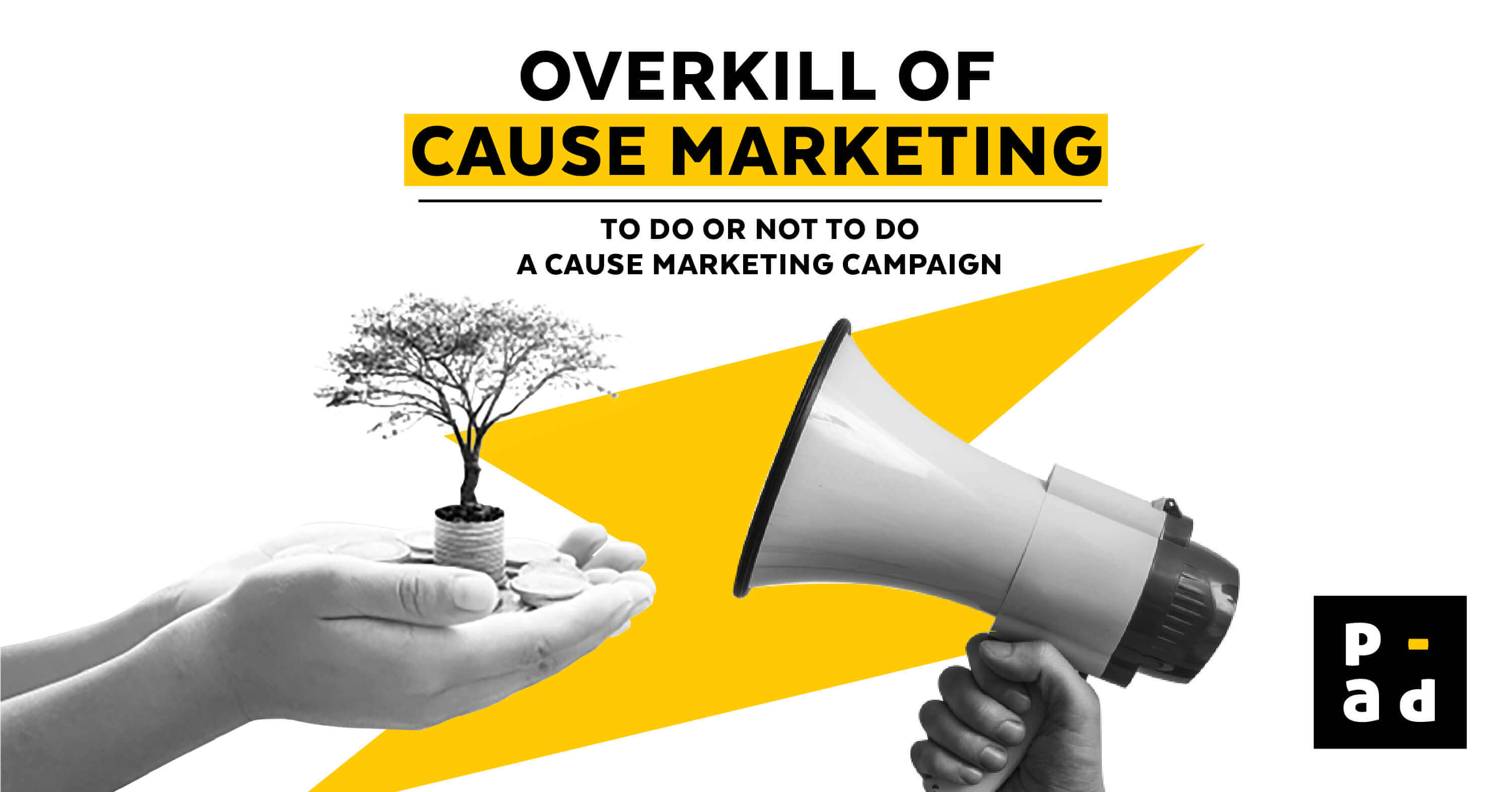 Overkill of Cause Marketing

Brands these days live by cause marketing.

Irrespective of whether or not the brand DNA supports the cause, it is important to stay in “vogue” and momentarily show solidarity with a quirky insta post that perfectly conveys their creative prowess.

Equal Rights, feminism, LGBTQIA rights, mental health, there’s a basket of social causes for brands to choose from. Be it dinner table conversations or a weekend house party, there’s always a person in the room that gets picked on or attracts a few grimaces only because he/she does not have an opinion on pressing political and social debates.

Flaming tweets and mudslinging on Facebook is celebrated when its justified cleverly under the shroud of having an opinion.

“At least he/she took a stand”,

Clearly in this day and age, being neutral is a curse. Brands too, don’t want to be left alone in a room full of opinions. Milking the most out of social waves of change may ensure that you are discoverable at all times or even trending. Some may even win awards at the back of it.

But is it a responsible thing to do? Is any marketing good marketing?

The world celebrates Pride Month with much gusto and ruptures every June. This year was no different. Pride Month is of great fundamental importance to not just the community that has lived on the fringes for so long, but also to society as a whole since it stands for a progressive and inclusive outlook.

The month has sought new found significance in India with the landmark judgement last year that flushed the very regressive section 377 down the drain for good. The queer community in India has been met with a lot of resistance and resentment through the years.

It was such a taboo to represent, talk about it or support it that influences from all spheres were wary of talking about it. It is no surprise thus that when the law embraced them as one of the lawful citizens of the country, everyone rejoiced, including brands.

The difficult part to ascertain the genuineness of cause marketing is the fact that one can’t say the brand has nothing to do with it. Its trickier than moment marketing. Fluid moment marketing decisions could be frivolous if the moment permits. Since moments are fleeting, being a part of the herd may just give brands good screen time, without any serious thought to the ramifications or the relevance of the moment of the brand. It can be looked at from a tactical point of view.

Cause marketing, cannot under any circumstances be tactical. If brands are leaning towards it, then it’s a dangerous trend. Using your brand’s name to ride a cause wave means you are committing allegiance to the cause.

For brands, riding on a social wave in some cases, may mean a chance to attract a new target audience (women, mental health warriors, LGBTQIA community etc.) and appeal to a new mindset. Also, with every brand trying to include the millennials and the new age consumers in their foray, they’re all trying to mirror the TG they’re trying to woo. This generation speaks up, so the brands feel that speaking up would get them noticed by this excessively popular millennial bunch. So, it seems fair that they want to jump onto the bandwagon. However, if approached with callousness, one can tell the lack of sincerity.

Let’s look at a flurry of pride posts that came out last year in honour of section 377 being relinquished that seemed like a desperate attempt to ensure a social footprint in the fear that the competitor will outdo them. When such FOMO sets in, it results in the battle of “who’s the wittiest of them all”, diluting the sanctity of the cause. 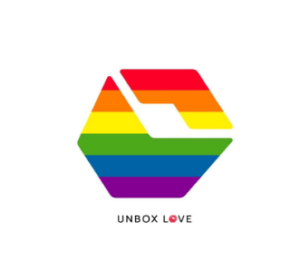 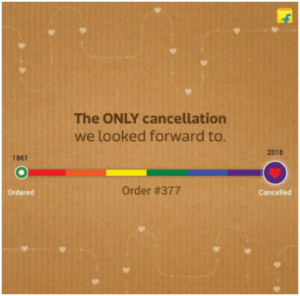 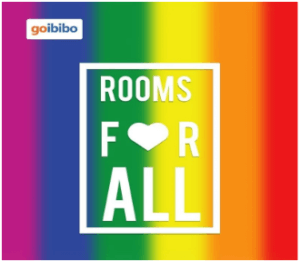 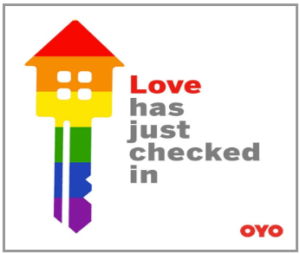 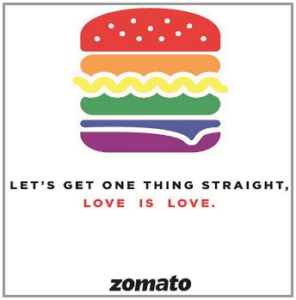 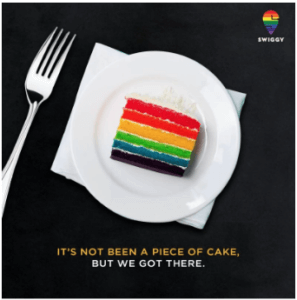 Interestingly, while these opportunistic brands were conveniently shying away from addressing the elephant in the room before this, Fastrack had spoken about freedom to be in same sex relationships a long time back, in the most mainstream way possible without making it sound like an “issue” at all. It did not need to blow trumpets with the rest of the brands that tried to play safe.

It is easy to get called out too for this carelessness because it is no longer easy to seduce consumers by whitewashing campaigns. They’re reading more, consuming more, aligning their consumption with their philosophies more.

In the West, Pfizer joined the rainbow madness and redid it logo to harness the flavour of the season. In no time, their hypocrisy came out in the open when it was found that Pfizer had donated $959,263 to anti-gay politicians. Other brands to join this wall of shame were FedEx, UBS, Verizon and the list goes on. 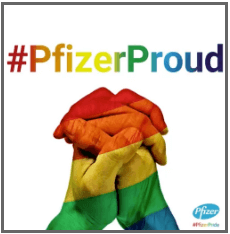 Feminism suffered a similar fate at the hands of branding. Femvertising was the product of incessant exploitation of women centric themes and communication by marketing and branding agencies.

For years, feminists have been trying to create a better narrative for women in order to break some crippling stereotypes in the society. This took no time in becoming a darling subject for brands to latch on to and create a fresh new version of femvertising, defined as advertising that employs pro-female talent, messages, and imagery to empower women and girls. While there is no clear formula for getting it right, there are some sure shot ways in which it can become detrimental for the brand.

Brands often become poster boys /girls for causes without looking inwards. Whether their company stands for equality at the grass roots, if the number of women working on their campaign is actually representative or a hogwash, really depicts if they are feminists.

An example of this contradiction is KPMG. In 2015, it released a spunky campaign in support of women shattering the proverbial glass ceiling. The campaign garnered abundant positive response. Ironically, in 2017 it got slapped hard by a $400 million lawsuit on account of rampant gender discrimination, which included acts such as denying promotion to female employees and penalizing them for going on maternity leaves.

Another common slip up is often a result of a hurried effort. Obsessing over shattering one women centric stereotype, brands end up perpetuating the same stereotypes ignoring the finer details. A case in point is All Out.

Usually, in a typical Indian family scenario, other members immediately start to taunt the mother for being tough on her kids. All Out tried to take a stand in support of tough mothers, who take disciplinary actions against their kids on account of unruly behavior. The ad showed a patriarchal joint family sitting and having dinner while the ‘Bahu of the house’ is serving as usual, waiting for her turn to eat, while her son is being a nuisance and pushing away his plate of food.

After multiple rounds of persuasion, when the child continues to disrespect the food, she takes the plate away. The dining table immediately turns into the parliament with everyone coming up with their creative ways to school the mother for not letting the child eat. In all of this, the mother remains silent and is “rescued” by the head of the family, the grandfather. He speaks in favour of her, justifying her behavior to the family as an appropriate punishment for the child for flicking money from the parents’ wallet. 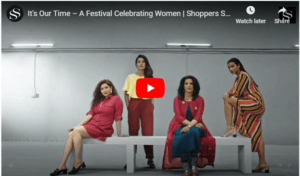 Women are primary influences and a growing customer base for Shoppers Stop. So, they wanted to create an empowering campaign as an ode to them. “It’s Our Time” was based on a sharp insight, seamless brand relevance and a tongue and cheek treatment, striking the right chord with the right audience.

We have always heard remarks on how much time women take to pick clothes out, to shop, to get ready etc. The campaign called those comments out and retorted that the world took way more time to get ready for women. What gave more credence to the campaign was that unlike most women-centric campaigns spearheaded by a male creative team, the brand marketing head behind it was a woman, Uma Talreja. Internally Shoppers Stop has extended the thought with various initiatives such as assisting working mothers with daycare facilities and allowances, policies like ‘bring your child to work’ and ‘Flexible work hours’, as well as extending Paternity Leave to 5 working days.

It’s both the worst and the best of times for marketing. People are more aware and vocal about everything. Everything is a cause. Good branding is never about playing safe. If a brand feels passionately for a cause and exhibits external and internal solidarity with it, then there’s no right or wrong time to speak about it. Consumers may even start identifying with these brands on a personal level. But, if you think you can play the audience by treating a cause marketing campaign like a casual component of your monthly branding checklist then it may lead to a permanent dent on your brand’s equity. Consumers today are way better at calling a bluff than brands give them credit for.