The Age of Singles ~ Are brands doing something to keep up? 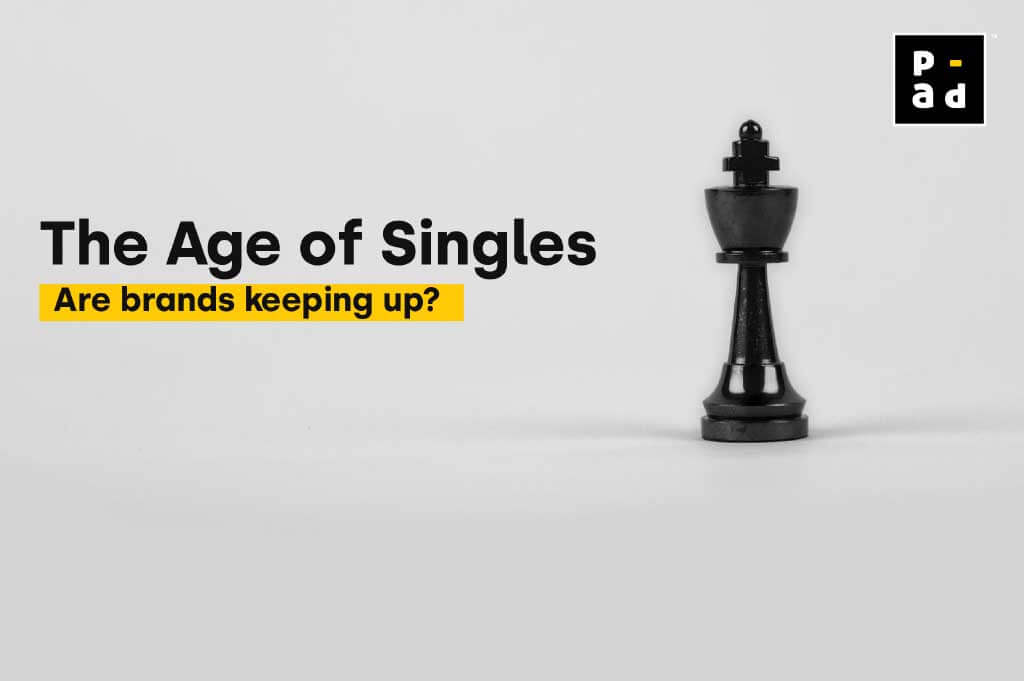 Comprising 1% of India’s population, these digitally forward consumers have more disposable income than other consumer segments, and are shaping market dynamics with their evolved priorities and needs. Let’s explore the shifting habits and expectations of a growing cohort of single consumers; and the implications for brands and marketers.

Individualism is on the rise, and it brings with itself a set of values. In an age defined less and less by traditionalism and more by self-expression, independence, and authenticity, living solo has become the norm rather than the exception. To understand this shift in marketing, one needs to only look at singles themselves. Whether they’re focused on work or enjoying the disposable income, wealthy single urbanites most often base their consumption decisions on lifestyle considerations rather than functional needs. Wealthy single urbanites are the new Super-consumers. They are also early adopters and super consumers across all categories, which is shifting consumption dynamics in urban India.

A more granular look at who these emerging consumers are and how they behave will reveal the scope of change.

– India’s 440 million Millennial and 390 million Gen Z population are a young and digitally forward segment that is evolving into a new consumer class with more disposable income than other cohorts. The average monthly income of wealthy single urbanites is between INR 65,000 to INR 70,000, while their average disposable income ranges from INR 25,000 to INR 30,000. They are in the age group of 28 to 45 years and may be unmarried, divorced, widowed or separated. Interestingly, these consumers use most of their monthly income for savings and food.

– Priorities have evolved, and urbanites are no longer as keen on a work-life balance, they want a job that motivates them to work harder every day even if it means spending long hours over it.

– Gender differences are gradually fading among wealthy single urbanites. More men have now started shopping for clothes online, while a lot more women are traveling or indulging in adventure sports.

– The average wealthy single urbanite spends 20 hours a week on smartphones with male users being marginally more engaged than females.

– Most of them say that holiday photographs posted by their contacts on social media influence where they decide to go for their own vacations.

What Brands Can Do

These super consumers have the potential to shape the future of Indian markets given their spending power and their willingness to be the first movers. This consumer segment has emerged as a trial market for companies who are keen to test revolutionary designs and ideas which simplify lives while simultaneously helping consumers reflect their personalities. Brands need to identify this change in the market and leverage this new set of consumers accordingly.